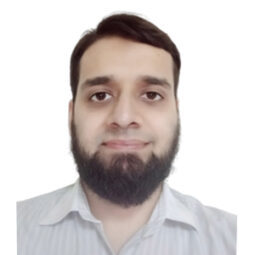 Mr. Ahmed has 13 years of professional experience. He completed his graduation from Cass Business School, City University London in 2011. During his studies he worked in a variety of organisations including at Allianz Insurance as an actuarial intern. He also worked at IBM, UK as a Business Risk Manager during his placement year.

Since 2011 Mr. Ahmed has been focused towards an academic career. He became the head of A Level maths department in an institution in North London. Alongside his academic career he completed his MPhil in Statistics from NCBA&E, in 2015.

Mr. Ahmed has been teaching in a number of universities schools and colleges; including University of Management and Technology, National College of Business Administration and Economics, SCIL, Beaconhouse Newlands and BT, London Academy. Total teaching experience of 9 years.