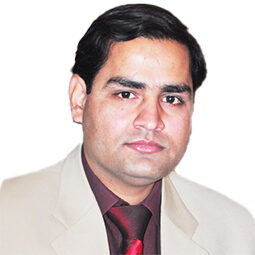 Dr. Muhammad Usman Askari is an Assistant Professor in the Department of Politics and International Relations at Uuniversity of Central Punjab. Prior to it, he served, for almost a decade, at different teaching and administrative positions at University of Management and Technology, Lahore. Before joining academia, he served for several years in leading national newspapers including Daily Jang and Daily Express. He obtained his PhD in International Relations from University of the Punjab, Lahore. He is the gold medallist in Masters in International Relations and distinction holder in MPhil Political Science. He holds Masters in English Literature as well. He has won the Best Teachers’ Award from UMT in 2020.

His research often addresses questions related to security issues of South Asia, East Asia and Indo-Pacific regions. He is currently writing a book on the South China Sea Dispute. He supervises thesis in the security and strategic domains of International Security and welcomes only serious students as supervisees.