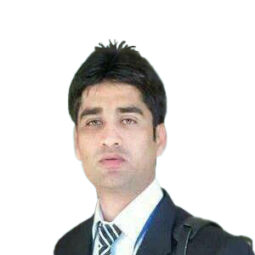 Dr. Zahid Mehmood Zahid is a political scientist with expertise in Political Islam, Terrorism, Afghan Affairs, the War on Terror, Foreign Policy of Great Powers, Identity Politics, Geo-politics of Religion, and Militant Discourses. He has a PhD in International Relations from the National Defence University, Islamabad, with a dissertation titled, “Rise of Political Islam and Militant Discourses in Pakistan: Geopolitics of Religion, Identity, and External Linkages.” He has been a ‘Research Fellow’ (2018-2019) at the University of Maryland, USA, where he was part of the team studying terror motivations. He, with his career objectives – to produce knowledge as a researcher and impart knowledge as an academic by demystifying the complexities of the socio-political world, has published in reputed Pakistani and international journals and taught at National Defence University (2016-2017) and University of Central Punjab Lahore (2020 till date). As ‘Research Officer’ with ISAPS, Islamabad (2016-2018), he has designed, conducted, and supervised research on CPEC and Radicalization; and as ‘Analyst’, he anchored a radio program at Pakistan Broadcasting Corporation in 2017. He has also been the recipient of the Higher Education Commission’s scholarships/awards thrice for his research work and is part of the global conversation on the issues of contemporary significance with his Op-ed writing that frequently appears in different newspapers in Pakistan. He has also held administrative positions with international and Pakistani organizations like HOPES, ICRC, MCI, and the Catholic Church of Pakistan from 2005 to 2012.