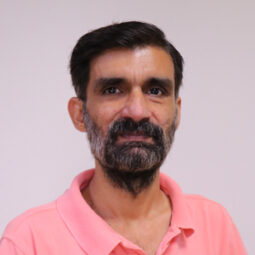 Mr. Nasir Mazari has recently joined Faculty of Media & Communication Studies, UCP as Assistant Professor. Mr. Mazari did his Masters in Film and Television in 2011 with Gold Medal and started his career from BNU as a lecturer. He has also taught as visiting faculty at various universities in Lahore. He has 8 years of teaching experience and over 10 years’ practical experience in the field of filmmaking. His film won the National Award in FILUMS 2012. He has worked as cinematographer in the documentary project “One Day On Earth” by American Director Kyle Riddick. His recent work is a documentary named “The Language of Love” with Tamil British Singer Susheela Raman. Mr. Nasir Mazari completed his MS Film and Television in 2018 with Project distinction. His thesis documentary named KHAAK got official selection in India’s most prestigious Festival Dada Saheb Phalke. Another project of his got selected and screened at Cannes Film Festival 2018. Besides teaching and filmmaking, Mr. Mazari has also worked as professional Voiceover Artist for 10 years.