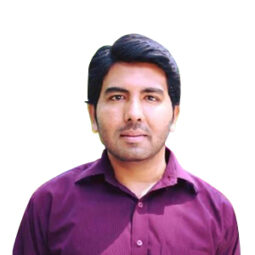 Nadeem Tariq completed his Masters in Electrical Engineering from Comsats University Islamabad, Lahore Campus. He received his Bachelor’s Degree in Computer Engineering from Comsats university. During his stay at Comsats his area of interest had been image processing and Artificial Neural Network. Previously he has been a permanent faculty member in Computer Science department at the University of Lahore. He’s been involved both in instruction of computer science courses as well as supervision of student’s final projects and thesis. During this tenure (2013-2021), he played a vital role in the NCEAC Accreditation visits, organized International Conference on Advancement in Computational Sciences (ICACS) held at UOL from 2018 to 2020. His research interests include Robotics, image processing, Artificial Neural Network and Internet of Things (IoTs).