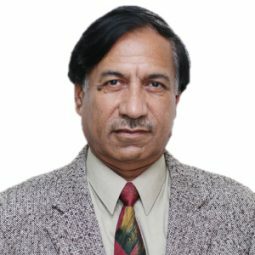 Mr. Waheed Ahmed served both at the Ministry of Foreign Affairs, Islamabad and in Pakistan’s Diplomatic Missions Abroad at various positions and rose to the level of Ambassador. His last diplomatic assignment was the Ambassador of Pakistan to Syria. The Syrian Government conferred upon him the award of “First Order of Merit- Highest Category” in April 2015for his services in promotion of Pakistan-Syria relations. He also served as Chairman, Board of Governors, Pakistan International School of Damascus, from 2012 to 2015. As Chairman, he succeeded in persuading the Cambridge University to award the status of permanent centre for the O and A level exams in Damascus despite precarious security situation in the country.  He did his Masters in English Literature from the University of Sindh in 1981 and was appointed as Lecturer in English in Jamia Millia Govt. College, Karachi from April 1982 to October 1986. Later, he joined the Foreign Service of Pakistan in November 1986 as result of CSS Examination in 1985. Mr. Waheed Ahmed brings with him a waste experience in the administrative and diplomatic fields, which is of immense value for the students. He is currently working as Assistant Professor in the Faculty of Engineering, University of Central Punjab (UCP), Lahore, Pakistan.