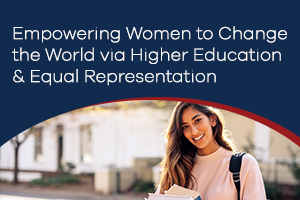 The primary issue for decades in third-world countries is gender inequalities in education, health, individual freedom, and other areas. This gender gap has always favoured men and has suppressed women in all areas of life.

Both explicit and implicit values, norms, and regulations have placed unequal powers and obligations on men and women. Furthermore, women in developing countries face unequal duties in securing food, water, energy, and other essential resources.

In addition, they also have the whole responsibility of taking care of the young and elderly in their homes. As a result, women are at a greater risk of adverse global implications.

Gender equality means that men and women have equal power and chances for financial freedom, education, and personal growth. Women’s empowerment is an important factor in achieving gender equality.

It includes enhancing the following things in women:

Education is a major concern in this area. Despite progress toward gender equity in education, girls continue to outnumber boys in the out-of-school population.

In developing countries, 35% to 85% of girls are forced to stay at home from school to care for their younger siblings and the house while their brothers attend school.

Education is crucial to women’s economic empowerment. It actually takes centre stage, but for a long time, most women have been denied this right. Rather, they have been the victims of highly degraded traditions and obligations.

Education enables girls to accomplish more in their social, career, economic, and family lives. For women, education can include attending classes and receiving training in capacity building and skills enhancement. As a result, they will help the country gain sustainable economic development. Thus, denying women and girls equality and fairness not only harms them but also harms the rest of society.

Higher education, whether from college or high school, equips women with the knowledge and skills needed to participate in government, industry, and civil society. Furthermore, with increased education, women and girls have greater access to medical knowledge and other helpful resources.

There are multiple reasons why higher education is important for women. These are as follows:

The University of Central Punjab believes that empowering women is the need of the hour. In addition, it promotes gender equality by giving equal employment and educational opportunities to women as to men. Consequently, it leads to an increased income and reduced isolation of women from financial matters.

Thus, UCP enables women to realize their ambitions with education and encourages them to pursue their own dreams and goals. These are not just words, we mean everything we say and stand by it. We take pride in having a faculty that includes a large proportion of women. Let’s look at some facts and figures.

UCP’s female graduates are working in leadership roles in different corporate organizations. We have listed some of them as follows:

If you are looking for premium higher studies, UCP is the place to be.

All You Need to Know About Associate Degree Programs