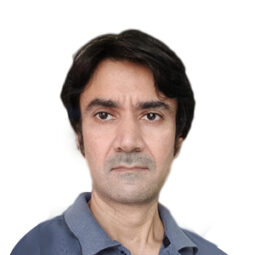 Fesal Toosy joined UCP in November 2003 and has since played an important role in the development of the Faculty of Engineering with major contributions towards the academic curriculum and the engineering labs. He has also been a driving force in student’s extra and co-curricular activities. He was the first (founding) patron of the UCP Debating Society and organized the first three UCP Parliamentary Debating Championships (2011 – 2013).

In 2013, he organized a national robotics competition, “RoboSprint 2013” in which more than 60 teams from all over Pakistan participated. Part of this project was a national education campaign that included more than 70 lectures and workshops conducted throughout Pakistan on mobile robot design. This project was sponsored by the British Council, Higher Education Commission and ICTRDF. He currently teaches courses: Signals & Systems, Digital Signal Processing, Digital Image Processing, Random Processes in Engineering and Microprocessor based Systems.