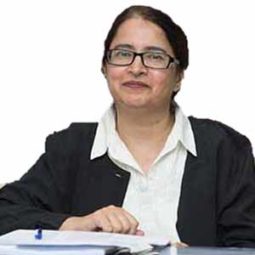 Hadia Awan is a law graduate and an-ex. Judge. She is serving as Principal Punjab Law College, Lahore for the last eleven years. Now she is Dean UCPLC Lahore. She is an LL.M from London University. Currently she is doing Ph.D in “Peace & Conflict Studies” from National Defence University, Islamabad. She was appointed as Principal, Punjab Law College in 2006. Throughout her tenure she has taken many initiatives which contributed towards the acknowledgement of the institution as one of the most prestigious institutions in the field of legal education. She is a visiting lecturer at Federal Judicial Academy, Islamabad, Punjab Judicial Academy, Lahore, and MPDD Lahore. She was selected by the British Council for the “Law Teaching & Legal Research Methodology” program held at Wales, Cardiff, UK in September 2004. She was again selected by US Consulate for the “US State Leadership Program” in January, 2006. She is an accredited mediator, teacher and the advocacy skills trainer by the U.K. & U.S. respectively.