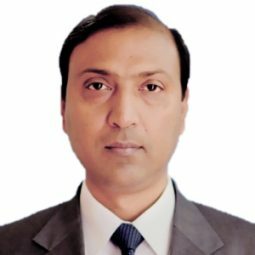 Dr Nauman completed his MS in Computer Engg from Iowa State Univ, USA, in 2000, and later PhD in the same area from Centre for Advanced Studies in Engg, Islamabad, in 2011.  During PhD, he also worked as research scholar at WAVEs lab in Electrical & Computer Engg Dept, Michigan State University, USA.

Since 2014, he has been working as Associate Professor in Faculty of Information Technology, University of Central Punjab. At UCP, he is teaching graduate and undergraduate level Computer Networks and Network Security related courses, along with being involved in administrative activities, earlier as Assoc Dean and now as Head of Dept Software Engg. In 2014, he got retired from Air Force as Wing Commander in Engg Branch. During Air Force service, along with field and staff appointments, he also taught for about six years at College of Aeronautical Engg (CAE), National University of Sciences and Technology (NUST). His research interests include wireless network systems and protocols, designed for low bandwidth and power constrained environment, mostly employed in the Internet of Things, both in the simulation and implementation domains.