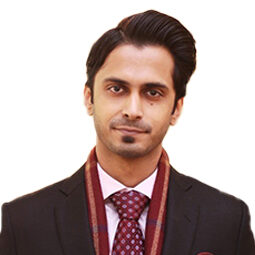 Mr. Mominyar Khalid Butt holds M.Phil in Political Science from GC University Lahore with an Academic Roll of Honour. His M.Phil dissertation was on ‘Climate Change Scepticism in the American Far-right.’ He has been a recipient of the prestigious ‘Study of the U.S. Institutes’ (SUSI) exchange program in Comparative Public Policymaking in University of Massachusetts, United States. Also, he carries the distinction of graduating at the top of his class in BA (Hons) Political Science with an Academic Roll of Honour from GC University Lahore. His research interests lie in climate change, environmental politics and far-right politics. He is a keen researcher and has published extensively in HEC recognised research journals and national dailies. In addition, he has done short summer courses on ‘Religion, Conflict and Peace’ and ‘Global Diplomacy: Diplomacy in the Modern World’ from Harvard University and SOAS University of London respectively. Prior to joining UCP, Mr. Mominyar taught at GC University Lahore for more than two years and has worked as Civilian Instructor and Researcher at Pakistan Navy War College Lahore.