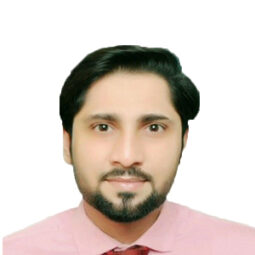 Mr. Muhammad Awais has completed his BS (Hons.) in Biotechnology & Bioinformatics (2009-13) and M-Phil in Molecular Biology and Biotechnology (2013-15) form University of Veterinary and Animal Sciences (UVAS) Lahore. He has developed PCR based diagnostic test for Babesia canis (a zoonotic parasite showing morphological similarity with plasmodium which is the causative agent of malaria) and its sub-species. He has reported significant difference in molecular (PCR) based testing and microscopy, which is still in use for the diagnosis of various protozoan parasites. During his research, he got expertise in molecular techniques including DNA/RNA/Plasmid isolation, Polymerase Chain Reaction (touch down, gradient, RT-PCR), Gel electrophoresis & documentation, Primer designing & optimization along with In-silico tools. He has participated in different projects at School of Biological Sciences, Punjab University, where he got expertise in recombinant DNA technology, protein expression and purification techniques (i.e. Restriction digestion, PAGE, Production of Recombinant Vectors). He has also been awarded with various scholarships i.e. Merit based scholarship from UVAS during the period of 2013-14 & Full-bright scholarship from CARE foundation during the period of 2009-2013.