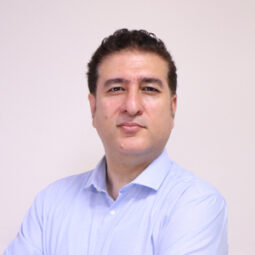 Mr. Kamran Butt has more than 14 years of experience in electronic media. He has worked as Producer & Executive Producer for Geo News and AAP News respectively. He has served as visiting faculty of National College of Arts, University of the Punjab and BNU. Mr. Kamran holds two MPhil degrees in Sociology and Communication Studies. He has completed his Chevening fellowship under title, “Good governance in a changing world, media, politics and society” from University of Westminster London. He has done training course designed for journalists under title, “Communicating Labor Rights”, from International training center, Turin, Italy. He has won number of national and international awards for his documentaries including, ILO media award of best labor and gender story of the year. He has also won “White Ribbon (best documentary) media award”.