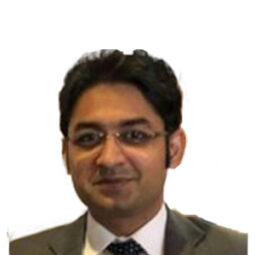 He visited United States on the International Visitor Leadership Program (IVLP) in 2018. He along with journalists from 50 different countries were part of the project ‘Media Responsibility in an Age of Disinformation’’ in which he examined the freedoms outlined in the First Amendment, educational programs and institutional practices while zooming in on the strategies that support responsible and ethical reporting in an increasingly complex information environment. He also attended different sessions at Santa Fe Council on International Relations (New Mexico), State Department (Washington, D.C), Freedom of Information Council (Iowa), and Pointer Institute (Florida) and also represented Pakistan in panel discussions.

In third sector, he has been part of Refugee Action (UK) for three years in the capacity of Detention and Embassy Caseworker. His internship at PAN Intercultural Arts, Bloomsbury, London, based on a project of Refugees’ rights. He also has some volunteer experience under his belt. He is fortunate enough to have worked with Human Rights Commission of Pakistan as a research associate (volunteer) and written two observation reports.